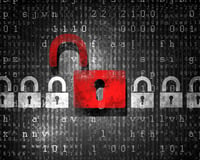 The Worst Data Breaches of 2019

It's New Year's Eve and 2020 starts tomorrow! While we want you to enjoy this time, we also feel like it's a perfect opportunity to reflect on some of the most devastating data breaches that we've had to witness in 2019. No one wants to repeat history, so let's see what we can learn.

The hotel group believes that 383 million guests were affected by its data breach. This is one of the largest breaches of personal information in history and it included credit card information as well as some passport numbers.

Dubsmash, Armor Games, 500px and Whitepages were just some of the sites to be affected by a theft of 620 million accounts. Those accounts were then put up for sale on the dark web.

Hundreds of millions of passwords were improperly stored on Facebook's internal servers. Without encryption, those passwords could be easily seen in plain text and, if exposed to the wrong individual, could have been taken advantage of.

540 million records were reportedly exposed online in a public Amazon server. The data included many details such as some passwords, likes, comments, names and more.

20 million US citizens have been affected by a security incident in which the hacker accessed AMCA's internal systems. They accessed names, social security numbers, addresses, dates of birth, and even payment information.

Most everyone has heard of this major breach. Data from over 100 million US citizens and 6 million Canadian residents was stolen by the former Amazon employee, Paige A. Thompson.

The movie subscription service left users exposed after failing to password protect their database. More than 160 million records were found to be vulnerable.

20.8 million user records were breached in Ecuador, which is more than the country's entire population. Of those records, 6.7 million were of children.

Not one to shy away from controversy, Facebook found themselves in another data misuse spotlight. 100 app developers had access to personal data they shouldn't have been able to see.

Unfortunately, this is just a fraction of the data breaches that occurred this year. If companies want 2020 to be a year of security improvement, and they should, they're going to have to make some big changes. Most of these breaches only happened because companies don't make security a priority, this leads to major errors, both technical and human alike. What are the consequences? Loss of customer trust is a big one with 87% of consumers saying they will take their business elsewhere if they don’t trust a company is handling their data responsibly. This hurts current and future sales, not to mention the lawsuits that could occur due to irresponsible data handling. Lawsuits, fines and bankruptcy are just some of the likely effects that a data breach can have on a business, and a lot of them don't bounce back from it. So, maybe a good New Year's resolution would be to reassess one's security infrastructure, just to be safe.

Elizabeth Dasenbrock is a marketer/graphic designer whose mission has always been to creatively express stories and ideas. Her skill set allows her to convey concepts to particular audiences in a visually appealing way. At TechGuard, she works on the marketing team with a focus on graphic design. In her free time, she can usually be found working on personal creative projects, tending to her houseplants, or spending time with friends and family.